There are two kinds of music. . .Good music, and the other kind. - Duke Ellington

Since it’s founding in 2008, The Mark Chapman Band has been considered one of the premier bands in the Southwest Missouri region. The MCB has toured throughout Missouri, Kansas, Oklahoma, and Tennessee, and has provided tour support for notable country stars Josh Turner, Cole Swindell, JoDee Messina, Joe Nichols, as well as The Eli Young Band, to name a few.  Mark Chapman has performed both with his MCB and solo acoustically from Oklahoma to Nashville, TN, receiving airplay in 19 markets with his debut album “Who Knew.”

MCB recently won "Best Group" and "Best Male Vocalist" for the KTTS Country Music awards. They have been fan voted  "Best Original Band" for 417 Magazine's Best of 2014, 2015, and 2016.  "Battle For The Saddle" contest winners in 2013, the MCB was the house band for the Worldfamous Wildhorse Saloon in Nashville, TN and recorded their single, "Big Time" with award winning producers Michael Knox and Mickey Cones.

Anchored by the songwriting and vocal skills of lead vocalist and founder Mark Chapman, from Pierce City, MO, the MCB members include Randall Wildman, John Anderson, and Taylor Dodson all from Springfield, MO area.
"MCB is just great! I was amazed by the talented musicians and voices in this band when I heard the CD. It arrived in the mail a few days and I have not stopped listening to it. I spent every summer in SW Missouri when i was growing up and this CD brings back great memories and is my kind of musicMCB is just great!"
- Kent McCoy 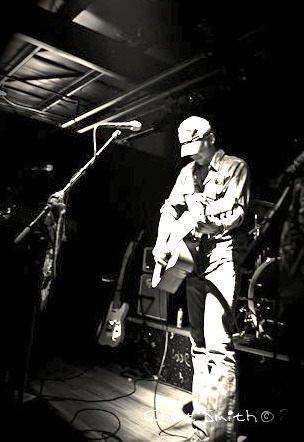